Henderson Elementary was opened in 1986 and is now more than 30 years old. It is also one of the smallest schools in the District in terms of square footage, and the building has run out of classroom space. More than a dozen areas designed as storage were turned into educational spaces out of necessity. Teachers and counselors are working with students in spaces and under conditions that are less than ideal. There are art classes in areas with no plumbing, and the small stage was converted into two music classrooms. Counselors often have to work with students in a converted closet to get any privacy. 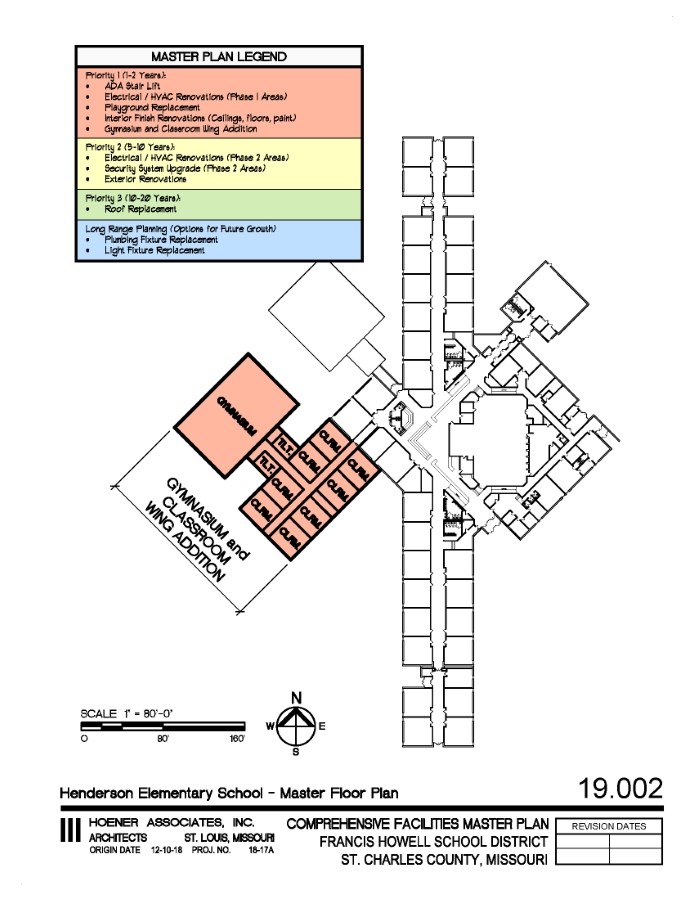 Henderson is unique in Francis Howell, because it is the only school with a gymacafetorium, where the only thing separating students having lunch from PE classes is a green curtain. Sometimes it’s a gym, sometimes it’s a cafeteria, but usually, it’s both. And when they pull the curtain for school assemblies, it becomes an auditorium – hence the name, gymacafetorium.

The safety of students and staff is always a priority at Henderson. Currently, all visitors are buzzed in at the main entrance. Once inside, however, there is no way to effectively control access to the building.

Proposition S would pay for the construction of a new safety vestibule that would route all visitors through a separate space for check-in and visitor screening, improving safety and security for everyone in our school. 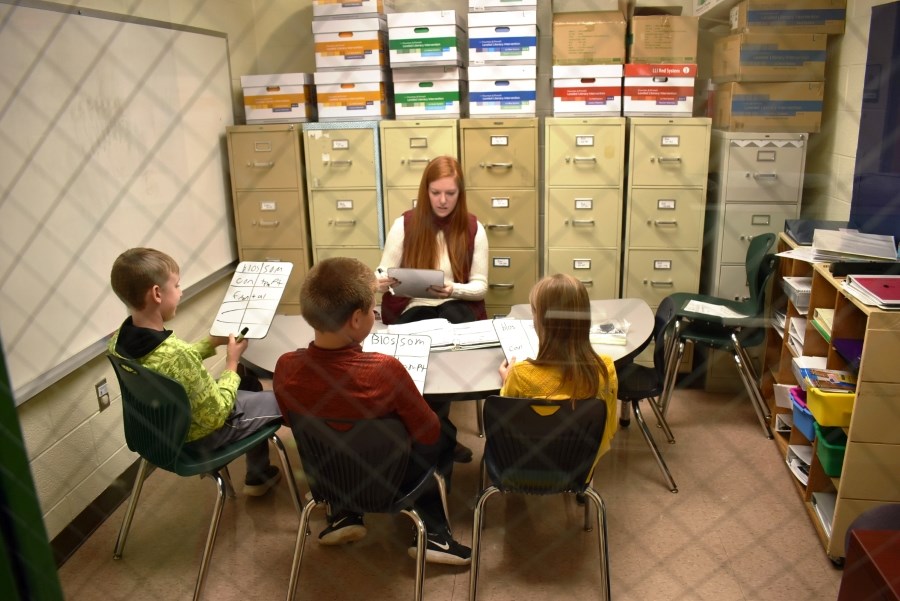 If voters approve Proposition S, then the District would add eight additional classrooms onto Henderson, build a dedicated gymnasium, and construct a safety vestibule that will make the school a safer place for students and staff. The District will also be able to renovate the interior and make necessary accessibility updates.

Proposition S would also fund improvements at the Francis Howell middle and high schools that Henderson students will be attending in the future.

Paid for by Citizens for Francis Howell
Stephen Johnson, Treasurer